As proposed in a previous post, the initial implementation covers basic WASI system calls and uses the wasmi crate to execute WASM binaries using an intepreter.

Big thanks to Vikram Mullick for leading this effort. Our initial work was also inspired by early work from redshirt, a WASM-based proof-of-concept system that also used wasmi.

Note: this feature is not yet merged into the theseus_main branch. It's coming soon! In the mean time, you can follow its progress in PR #472.

Demos of running WASM on Theseus

We have a few demo applications to show basic WASM + WASI functionality. 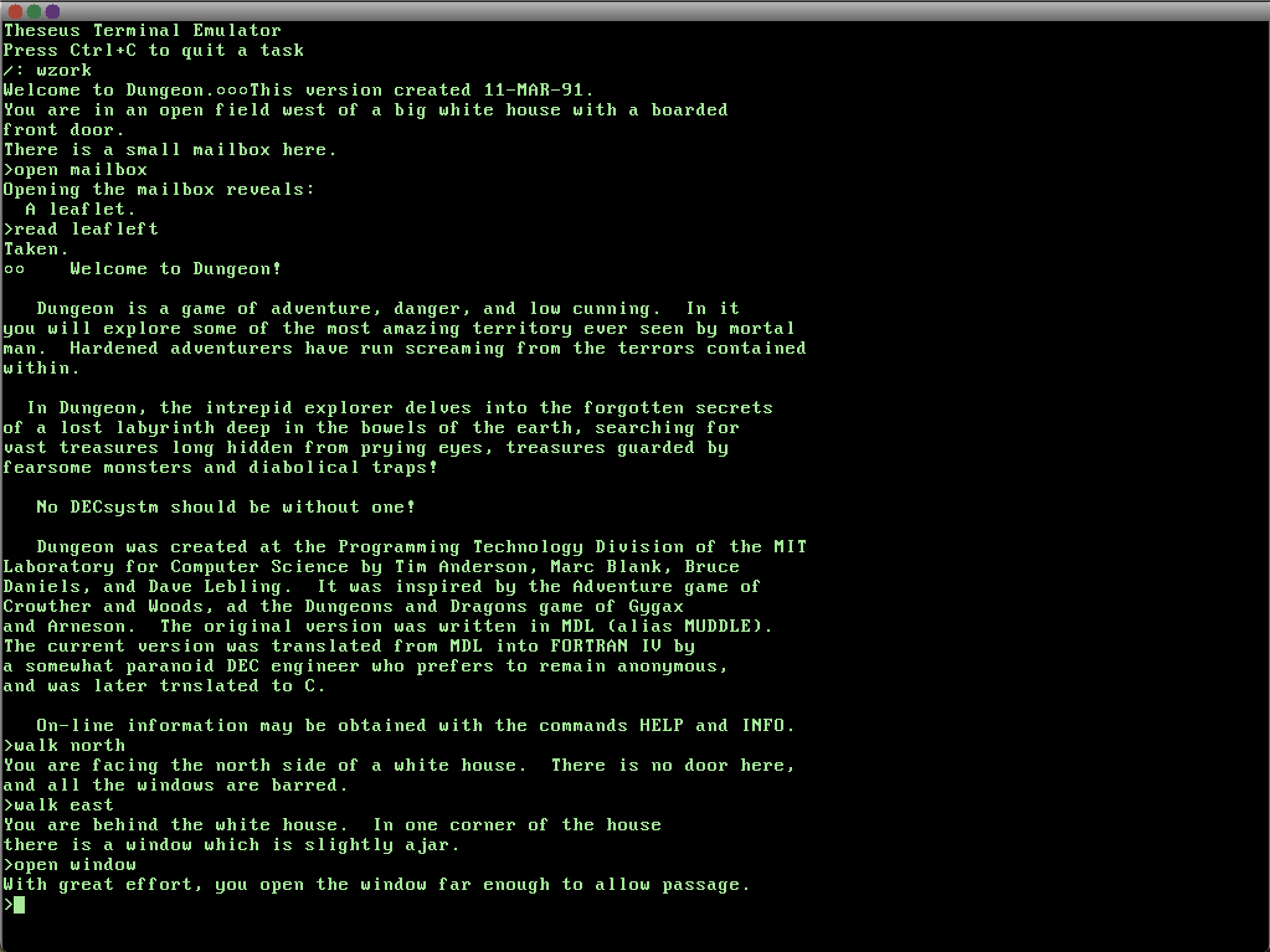 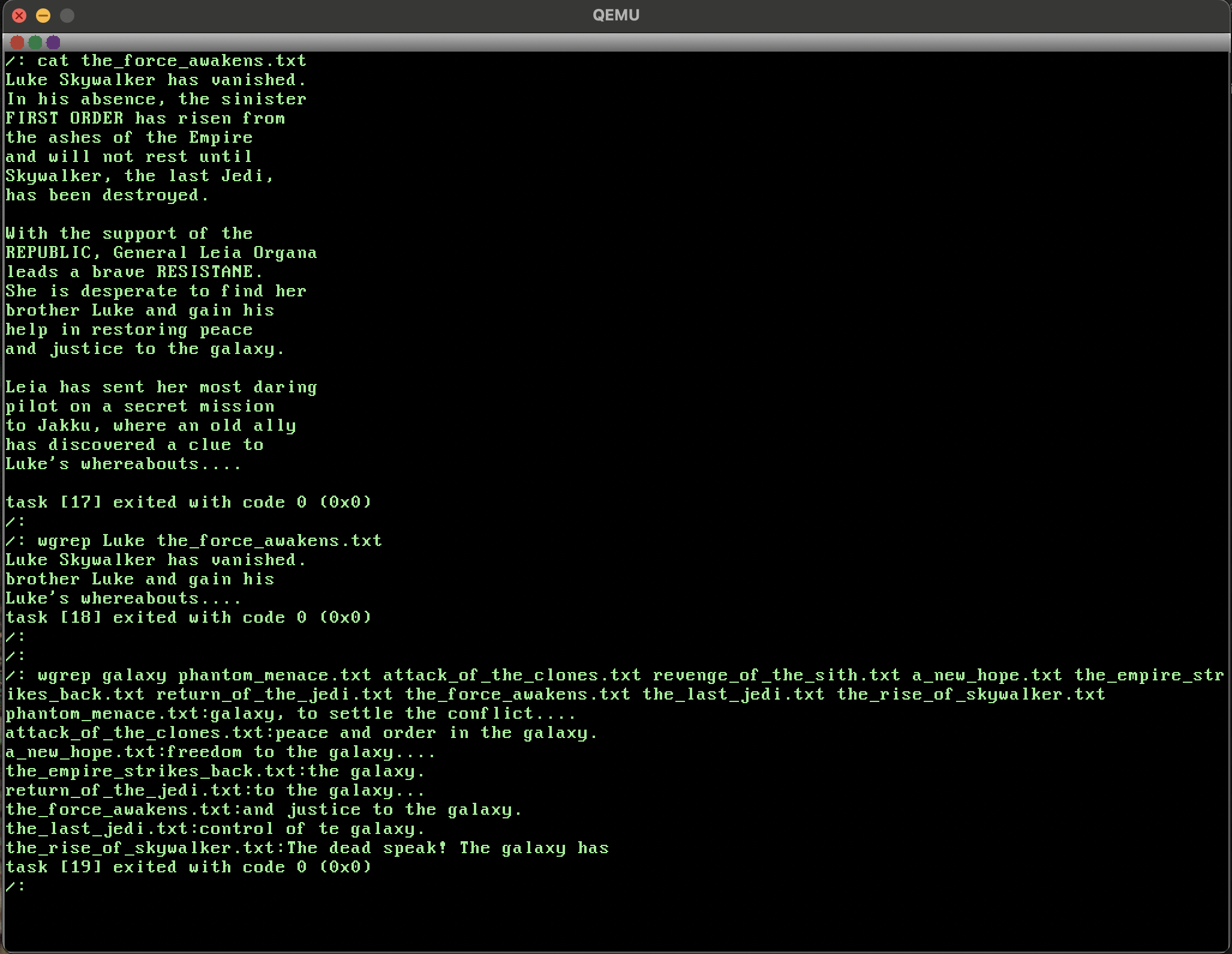 Once WASM support is officially in the main branch, we will offer an easier command line interface for loading and executing WASM binaries.

Progress on Porting Wasmtime to Theseus

While the interpreted WASM project is wrapping up, the port of Wasmtime is just getting started.

As described in Wasmtime's documentation, the project is architected as one top-level user-facing crate that re-exports and connects together key functionality from several smaller internal crates. The top-level crate is aptly named wasmtime, and it primarily exposes a safe API for interacting with WASM modules, e.g., compiling, instantiating, and invoking them.

Bottom-up approach -- off to a strong start

We have taken a bottom-up approach such that we can iteratively port each crate to the Theseus environment, building and testing them as we go. A diagram of the key crates that we care about and need to port is below. 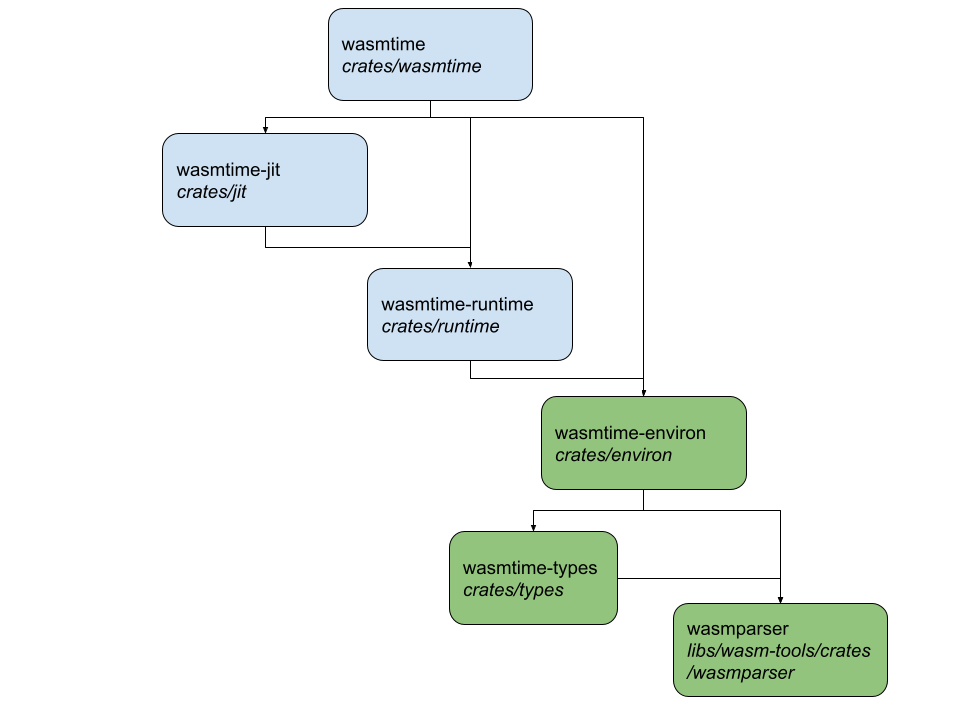 As such, the top-level wasmtime crate will be the last one that we port to Theseus. So far, we have been able to quickly adapt the following bottom-most crates (shown in green above) to no_std environments, as they are relatively standalone:

In addition, we had to modify the following crates that were dependencies of wasmtime in order to support no_std environments. We submitted PRs to each crate's upstream repository, some of which have already been accepted. Thanks to those authors/maintainers!

The main challenge in porting Wasmtime to Theseus is porting the wasmtime-runtime crate, which implements the majority of the runtime logic for executing WASM binaries atop a given host platform. This crate is massive and will likely take months to complete, due to its many dependencies and robust usage of standard POSIX-like functionality that Theseus currently lacks.

We'll start by tackling the main dependencies of wasmtime-runtime, most of which are based around legacy POSIX-style interfaces and traditional OS platform abstractions: